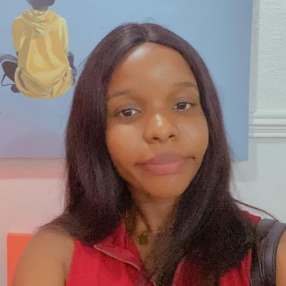 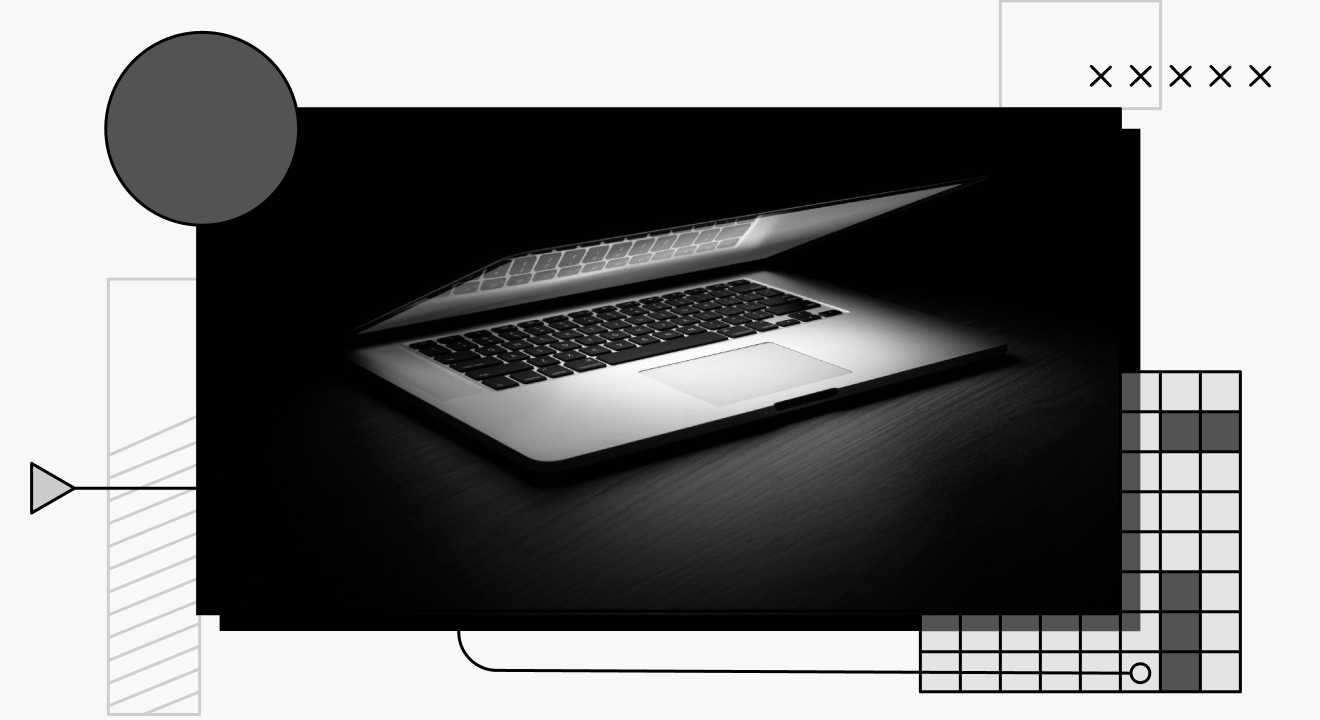 What is an IDE?

Integrated Development Environments (IDEs) are applications that offer comprehensive features for the entire software development lifecycle. They offer an ecosystem to develop, compile, build, run, debug, and maintain your code.

The best IDEs for web development make programming easier and code debugging more efficient. With myriad options out there, choosing an IDE can be a daunting task. If you need a quick checklist to run through, then keep in mind that a standard IDE should offer built-in support for multiple projects, integrated debugging, and version control systems.

This article discusses the features that are most important to consider when choosing the best IDE for web development.

Why Use an IDE?

If you’re just getting started with programming, one of the first things you’ll need to learn is what an IDE actually is and how it can help you. However, if you’re a seasoned developer, this article can also be helpful as a resource to remind you what you should look out for when switching to an alternative IDE.

So if you’re asking yourself, “why use an IDE?” here are a few benefits of IDEs for web development.

If you’re a beginner, an IDE can help you with code completion, explain your errors, and generally make programming easier. If you’re a professional developer, an IDE will help improve your development experience with various features such as debugging, unit testing, code refactoring, and profiling.

IDEs offer debugging tools that are extremely helpful for finding errors in your code. This way, you won’t have to waste time manually checking through lines of code to locate the error, especially when you have a large codebase.

Sometimes, you need to compile your code before it’s ready for deployment. A web development IDE can automatically compile the code so you don’t have to run additional commands before production.

What to Consider When Choosing the Best Web Development IDE

There are many different IDEs available for developers, and choosing the right one depends on what you’re looking for. The following are some important factors you should consider when deciding on the best integrated development environment for you.

The most important feature of any IDE is its debugging capabilities. IDE debugging tools ensure that your program functions as intended during the development process; the ability to look through your code and see what’s going on at every stage can be invaluable. Some IDEs such as Visual Studio and IntelliJ IDEA support multiple debugging modes like interactive debugging, multi-threaded debugging, and reverse debugging.

While some IDEs have very powerful debugging capabilities, others may be more limited in what they can do. Here are some functionalities you should look for to make sure your IDE can effectively assist with debugging:

While debugging can be slow and cumbersome, it’s important for developers to become familiar with the debugger in their IDE comparison so they can gain proficiency and use it effectively. It’s also worth noting that IDEs that lack strong built-in debugging capabilities can be extended using IDE plug-ins or extensions.

Support for Plug-Ins and Extensions

The best IDEs include ample support for third-party plug-ins and extensions. This will allow you to add new tools, programming languages, and frameworks, and customize your workspace as needed.

Many IDEs are designed specifically around plug-ins and extensions. Even IDEs which aren’t designed around this feature usually have plug-in support. For instance, JetBrains allows users to find plug-ins across all their IDEs.

In addition, expanding the functionality of your IDE by installing a code snippet manager tool such as Pieces can introduce some significant advantages, including features like auto-save, auto-complete, and single-click save from any webpage. Pieces can integrate with and instantly save snippets from IDEs like Visual Studio Code and JetBrains. It will also suggest completions as you type and save them with metadata that makes it easier to find later. Pieces learns from your typing patterns and saves useful code snippets to your own personal repo based on the snippet name and tags.

If you have a problem with your IDE, there are many IDE communities that can help you find a solution. Some IDEs such as Visual Studio include a built-in forum, or you can join an external forum for a specific language or software system. One example is the Source Forge forum for Java development tools, where users discuss everything from the best coding practices for the language to how to work with the best IDE for Java.

Another great community for programmers is Stack Overflow, which allows you to search for “IDE” as a tag. When you do so, you’ll get a list of questions and answers related to IDEs on Windows, Mac, and Linux. This can be a great way to find out what people think about different options and what their recommendations are.

Reddit has a similar format to Stack Overflow, but it’s more casual, making it easier to ask a question or start a discussion on an idea that may have not yet been addressed.

The cost of IDEs can vary significantly. For example, at the time of writing, Visual Studio Code and Xcode from Apple are free, but IntelliJ IDEA Ultimate costs $149 per year and PyCharm Professional costs $89 per year.

Considering these costs, if you’re just starting out, it’s best to look for the best free IDE that fits your needs or at least a trial version of a full-featured IDE. Many IDEs have free versions that can assist with Java development and many other languages. Before committing to an IDE, you should seek out free and trial versions, so you can try each one and find the one that’s best suited for your needs.

IDE features include many tools designed to streamline the coding process. However, if the interface is too complex and cluttered, it can make it hard to find what you’re looking for when you need it most. Before choosing your IDE, you should make sure the interface doesn’t overwhelm you with information and distractions. This is about finding a balance between usability and the amount of features or level of customizability. It should be easy for you to find the tools you need when you need them.

Starting off with a web development IDE that’s too complex may involve too steep a learning curve. For example, some integrated development environments, such as Eclipse, use manual IDE debugging tools, which can be challenging for new programmers.

Customizability is a key factor when choosing the best IDE for web development. Many IDEs provide the option of customizing graphical user interface theme colors and key bindings; some even allow programmers to switch between different user interfaces for windows and views. This can be particularly useful for those who have specific preferences or requirements, such as programmers with visual impairments.

One way to tell just how customizable an IDE is, is to see how many extensions are available for it. If you can’t find a toolbar item or text editor feature that’s intuitive enough for you, you might be able to find what you need within its extensions. You can add features like code linting, syntax highlighting, Git integration, and auto-formatting — all specific to your language of choice.

Most IDEs support at least HTML, CSS, and JavaScript, because these programming languages are used extensively in web development. If you’re only going to be working with a single language, then determining the best option can be quite easy: you can simply search for the best Python IDE, the best IDE for C++, or for another specific language you’re focused on.

Whatever language you’re using, whether it’s Python, Java, or C/C++, there will be an appropriate option. You just need to make sure the IDE you choose supports the language you work with. However, if you’re likely to need multiple languages at different times, then it’s worth finding an IDE that has built-in support for all the languages you need or at least as wide a variety of languages as possible– perhaps by searching for the best IDE for front end web development, or the best IDE for full stack web development.

It’s also worth considering that the necessary language support may vary if you require a mobile app development IDE. For example, working with iOS or OS X operating systems may require a mobile IDE that supports languages such as Swift, Objective-C, and C++, while the best IDE for mobile app development on Android may be one that supports languages such as Kotlin and Java. So, before you choose your IDE, it’s vital you make sure that it has the necessary language support.

Whether you’re new to programming or a seasoned programmer, an integrated development environment can help you work faster and more efficiently. This article introduced you to some of the key benefits of IDEs and explained the main criteria you should consider when choosing the best IDE for web development based on your needs.

You should ensure that your chosen IDE has the necessary debugging capabilities or otherwise provides the functionality you need through plug-ins or extensions. You should also consider your budget when choosing your next IDE, and whether one that is open source or free would be sufficient for your needs. If you want extensive features and customization options, you’ll likely have to invest in a paid IDE.