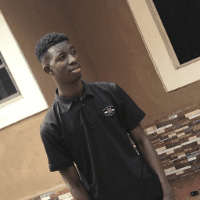 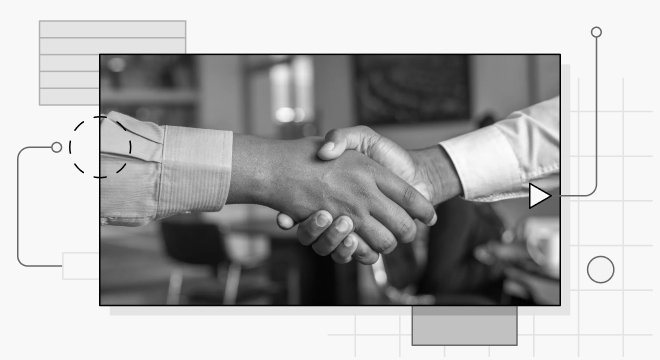 Ethereum is a public blockchain that serves as the foundation for creating decentralized, permissionless, censorship-resistant apps and organizations. To develop these apps (DApps), Ethereum allows developers to write and deploy smart contracts on the Ethereum network.

This article will look at writing, testing and deploying a smart contract using the Solidity programming language and Truffle. We will explore functions and state variables. To find a pattern in how to develop our smart contract, we test it along the way to know if we are on the right track. To help us here, we will adopt a test-driven development (TDD) approach for quick feedback. Additionally, we will develop our skills with the Truffle framework, which offers tools for deploying and testing our contracts.

What are smart contracts?

Unlike traditional contracts, which are written or spoken, smart contracts are computer programs stored on a blockchain that execute according to the terms of the contract or agreement. When deployed, smart contracts are not under the control of anyone, but run as programmed. Smart contracts cannot be modified once deployed to the network and any interactions with them are irreversible.

What is Smart Contract Testing?

Testing a smart contract is the process of carefully examining and performing detailed functional testing of business logic on a smart contract to determine the level of its source code during the development cycle. Testing minimizes the likelihood of software faults that could result in expensive exploits and makes it simpler to find flaws and vulnerabilities.

There are many different methods of smart contract testing. We'll keep things simple for this article by investigating the three primary methods:

Unit testing involves checking the correctness of a single function in a smart contract. It’s essential when creating smart contracts, especially when new logic is added to the code. Unit tests are easy to use, execute quickly, and, if they fail, clearly identify what went wrong.

System testing involves examining a smart contract as a single, fully integrated product to determine whether it operates according to technical specifications. In system testing, end-users can do test runs and report problems associated with the contract's business logic and overall operation. Smart contracts deployed on the Ethereum Virtual Machine (EVM) are unchangeable. Therefore, deploying a smart contract in a production-like environment, such as a Testnet or development network, is a great way to perform system testing on a smart contract.

Why test your smart contract?

Testing is important, both for the development process and before releasing it as a mainnet contract.

In this tutorial, we will make use of the following tools to develop and test smart contracts:

You need to have basic knowledge of JavaScript, Solidity and Node.js. Also, have Node.js and MetaMask installed.

Setting up our smart contract with Truffle

In your terminal, let’s create a directory and change it to our new directory by running the command below:

Now initialize a new Truffle project. Run the command below:

Truffle is a blockchain utility belt that provides tools that make compiling, testing, deploying and packaging your application easy.

This command will generate a new project for you. Our FinancialContract directory should now include the following files:

The truffle-config.js files are where we will place all of our application-specific configurations.

In this section, we’ll look at testing and writing our smart contract. We will adopt the TDD pattern, where we will begin with a test that fails before writing the code necessary to make our test pass. Once everything functions as expected, we will restructure the code to make it easier to maintain.

In your Truffle.config.js file, add the following code:

To install HDWalletProvider, use the following command:

Now that we are done setting up our truffle.config.js file, let’s start writing and testing our smart contract. In the test folder, create a file called financialContract_test.js and add the following code:

Here, we pass in the name of the contract through the artifacts.require function that Truffle provided. With the aid of artifacts.require, contracts can be loaded and interacted with using Truffle. To prevent the state from being shared between different test groups, Truffle tests use Mocha. Similar to the built-in describe, the contract function will have the advantage of utilizing Truffle's clean room feature. Using this feature, new contracts will be released before the tests they include are run.

When writing our test, we will take advantage of some of the structures and functions that Truffle provides to facilitate writing the tests.

We also take advantage of the async/await syntax because every transaction on the blockchain is asynchronous.

When running our tests, if the FinancialContract contract exists, our test will pass. If it doesn’t exist, we will receive an error. Use the command below to run the test:

This provides useful feedback. The message informs us that Truffle was unable to locate a contract named FinancialContract after compiling our contract.

Let’s create the contract/FinancialContract.sol file and add the following code:

The pragma line is a compiler instruction. Here we tell the Solidity compiler that our code is compatible with Solidity version 0.8.16 and above. Solidity contracts are very similar to classes in object-oriented programming languages. Within the contract’s opening and closing curly braces, the data and functions or methods defined will be exclusive to that contract.

After making these changes, let’s run our tests again:

Here, the error indicates that our contract has not yet been deployed to the network. Truffle builds our contracts before deploying them to a test network whenever we run the truffle test command. To deploy our contract, we will use the truffle migrate command. The deployment of our contracts is automated through migrations. Migrations are written in JavaScript.

First, we will create a migrations/2_deploy_financialContract.js file to hold our migration code. Inside the file, add the following code:

Now run the test with truffle test. Here’s what our output will look like:

Our contract has been successfully deployed. This test confirms that everything is configured properly and that we can start adding more features.

Our smart contract will be stored on the Ethereum network at a specific address once it has been deployed. It won't do anything until someone makes a request. Our functions specify what kind of work our contract is allowed to do. In the same way as before, we will start with a test to create a function that will return a value of 10.

In your /test/financialContract_test.js file, add the code below:

Since we are making a call to interact with our local test blockchain, we made our test function async. We then set an expected value and retrieved the value from our contract to see if they are equal. If we run our test command ( truffle test ) again, our output should look like this:

Based on the error, we see that finance.value is not a function. Inside our contracts/FinancialContract.sol contract, add the function below:

Here we created a function with the name value, which does not take any parameters. We indicated that our function is external. This means that it is part of the contract’s interface and can be called from other contracts or transactions, but cannot be called from within the contract. We also included that our function is pure. The pure function operates on the data passed in or data that did not need any input at all.

Lastly, we identify what we expect our function to return, which is the uint256 type. The body of the function returns a value of 10. Run the test to verify if it satisfies the requirements of our test.

Success! With this test passed, we’ll make the contract flexible to enable users to modify its values.

In this section, we will look at making our contract dynamic. To achieve this, we need to add another function that allows us to set the value that will be returned by our value() function.

To make sure that our state changes stay separate from the rest of the tests so that we do not find ourselves in a situation where the order of our test suite's success or failure will be influenced by the tests. We use the clean room feature to deploy new instances of our contracts. In our test/financialContract_test.js file, create another contract block and add the following code:

This test is similar to our previous test. We have set a variable to hold our expected return value, which is the uint256 we will also pass to the setValue function. Both of these calls are asynchronous, thus we use the await keyword. Lastly, we check the value from value against our expected value.

When running the tests, we will get a similar output — finance.setValue is not a function. That means the setValue function does not yet exist; add this function to our contract. Back to our contracts/FinancialContract.sol file, replace all of the code with this new code:

Here, we declare a state variable with the name amount and a value of 10. State variables are available for all functions defined inside of a contract.

We have updated our value() to be a view function since we are only reading the state of the blockchain. We have also updated the return value to use the value stored in the amount.

The setValue function is intended to update the state of our contract with a new amount, which means we need to accept a parameter for this new value. This new value is expected to be uint256 and will be referred to by the identifier newValue.

In your terminal, run the truffle test command. Here is what our output looks like:

Success! We now see that all three tests are passing!

Deploying our smart contract to the Goerli testnet using Parity

Before we deploy our smart contract to the Goerli testnet, let’s install Parity.

Parity is an Ethereum client written in Rust and provides one of the fastest syncing options of the available clients. To install Parity, run the code below in your root folder— If you’re running a Mac or Ubuntu (or the Windows 10 WSL version of Ubuntu).

Once we install the script, we want to start syncing the blocks from the Goerli testnet:

To be able to deploy your smart contract to the Goerli network, you will need more than 10 GoerliETH. Visit the Goerli faucet to get some faucets. Run the following commands:

This command compiles our smart contract to a JSON formatted data structure. After compiling your contract, use the command below to deploy to the Goerli testnet:

By running this command, we will see that our smart contract has successfully been deployed. Copy your contract address and search for it on the Goerli network block explorer.