Getting Started with VueJS: Introduction to Vue 3 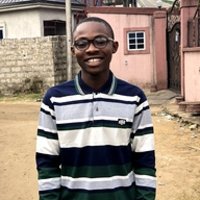 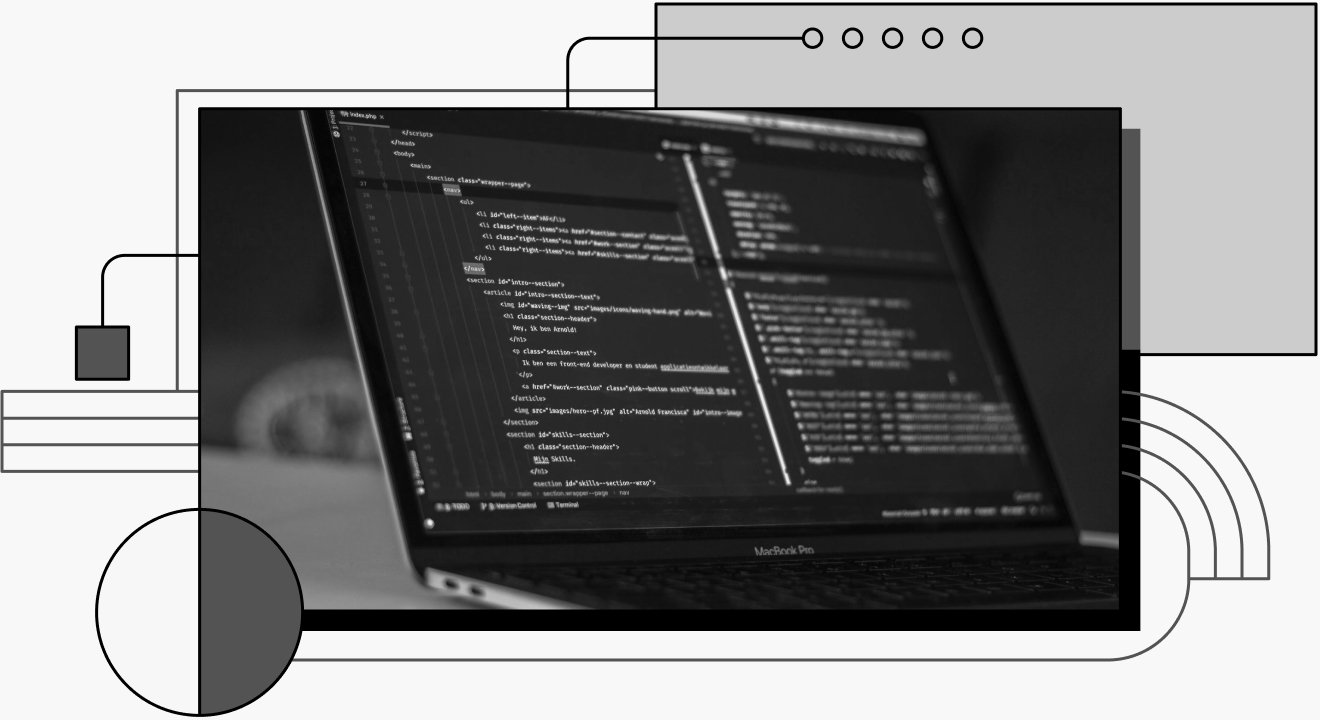 Vue 3 is a JavaScript framework for building user interfaces. It builds on top of standard HTML, CSS and JavaScript, and provides a declarative and component-based programming model that helps you efficiently develop user interfaces that can be either simple or complex.

At the end of this article, you should be familiar with Vue 3 features and its breaking changes. You’ll also understand how to transition from Vue 2 to Vue 3, know how to install plugins and dependencies using Command Line and Graphic User interfaces, and, lastly, be familiar with the Vue 3 V-model and its issues.

Vue 3 is faster, smaller in file size, and has better TypeScript support than other frameworks. Other features of Vue 3 are:

Composition API is pre-installed in Vue 3 and is ready to use right out of the box without any further configuration.

If you think you don't need the composition API, you can always utilize the conventional methods used in Vue 2 as Vue 3 will still support Options API.

This feature renders a default or backup component while waiting for the main component to fetch the data. Async operations are sometimes used to fetch data from the server. Suspense handles this for us rather than handing the template with v-if and then sending it back when we provide the data. When you want to build an API callback to display the content once it has fully loaded or display a loading notice while it’s processing, suspense can be useful.

You may be aware that two-way binding is done using the v-model. It’s primarily utilized with form elements. Even custom components are used with it, occasionally. One v-model might be used per component under Vue 2. You can bind as many v-models as you want to your custom components in Vue 3.

There are too many ground-breaking improvements introduced by Vue 3 for one article to properly address. Go to the official documentation for further information.

Fragments, multi-root node components supported by Vue 3, are now available. Older versions of Vue did not support this.

A feature of Vue 3 called Teleport lets you choose where to render an HTML document with numerous DOM parents. Now, HTML may be rendered in several DOM locations without the need for additional components or a global state.

When we mount an application in Vue 3, the element's innerHTML is replaced by the rendered content of the application:

When this app is added to a page with a div with the id="app" , the following will happen:

Vue.js allows you to define filters that can be used to apply common text formatting. Filters are usable in two places: mustache interpolations and v-bind expressions. Filters should be appended to the end of the JavaScript expression, denoted by the “pipe” symbol.

However, filters are depreciated in Vue 3! The same functionality can be implemented in a simple plugin, but expressions with filters are invalid since the filter's pipe interferes with the Javascript bitwise operator. Because of this, the suggested alternative is to use a method.

Let’s look at how filters work in Vue 2 and how they can be implemented in Vue 3.

In Vue 2, we define local filters in a component’s options:

Now, this is how it can be implemented in Vue 3: Instead of filters, you replace them with method calls or computed properties as seen below:

How to Migrate from Vue 2

The additional plugins and frameworks you use and how well they support Vue 3 will determine how difficult it is to migrate an old Vue 2 project to Vue 3.

To make the process easier, Vue offers a migration build that enables you to convert gradually while maintaining some backwards compatibility.

The manual lists the processes to complete migration, which includes:

Overall, the migration is simple to complete, and many official plugins (such as vue-router, vuex, and others) offer helpful migration instructions.

Getting Started with Vue 3

Before you start, you’ll need:

To install a fresh, new CLI:

Note: For quick set up of your Vue 3 Project that doesn’t require the Vue CLI:
You can use Vue 3 with or without a build phase (whose configuration is based on Vite, a contemporary, lightweight, and incredibly quick frontend build tool), depending on your use case and preferences.

There are two main methods for launching a new Vue project aside from the step described above:

You can still start new projects using the Command Line Interface, but the syntax has changed. To do so, simply type the following command in your terminal:

Here, the application you wish to create is called Vue-app. The prompts that follow this command will all be in the terminal.

After executing the command, you will be presented with three pre-set options:

You can select the Vue version, which is the second and third that come with Babel and ESLint. They will be packaged exclusively. This example has already been preset, but you can choose the "manually select features" configuration if you wish to incorporate other helpful dependencies like the Vue Router, Vuex and so forth.

By hitting Space, you may go through the list of available dependencies and pick the ones you want to enable:

It will then ask you numerous configuration-related questions, starting with the Vue version:

For each module you chose that can be customized, questions are listed after:

The CLI will then ask you whether you wish to store these choices as a preset. If you do, you can choose from this preset in addition to the two default ones the next time you create a new application:

Once the creation process is completed, you can run the app in the development server directly from the CLI by using the following command:

Then, your browser will open up localhost:8080, where you’ll see that the app is running:

The GUI tool, a web interface option of the terminal for users who would prefer a graphical interface over a command line interface, is one of the features that the Vue CLI 3.0 comes with. With the help of this tool, you can build projects, add plugins and install dependencies. You can also perform operations like serving up or creating the production version of the application.

Run the GUI command shown below by opening the terminal on your computer:

Your browser will instantly launch the GUI interface at http://localhost:8000/project/select. At first, it appears like this:

A file manager will open in the same interface when you click the “create” button to start a new project. You can find earlier Vue projects with a Vue symbol on them while browsing through your project files. Click the “create new project here” option on the website, then select the folder where you want your new application to be built. This will guide you through two simple registration steps.

After a few seconds, you’ll be notified that a new project has been created, and the project dashboard will open in your application's UI.

The primary Vue core dependencies and the development dependencies make up Vue's dependencies. These can be set up using either the GUI or the CLI method.

Installing Plugins with GUI and CLI

The second icon in the sidebar of the project dashboard is for plugins. The plugins you installed during the registration process at the beginning of this article—ESLing, Babel, and the CLI service (the service on which the plugins run) —will appear when you click on it.

It's simple to add a new plugin; simply click the “add plugin” button, and a list of plugins will appear. You can also use the search field to enter a search word, and the service will return a list of plugins that are currently accessible. When you select a plugin, such as Vuetify, an install button will appear; clicking it will add the plugin to your project and automatically alter its Webpack configuration.

Note: The current version of Vuetify is not compatible with Vue 3, and according to the Vuetify Docs, Vuetify intends to release a more harmonious version for Vue 3 in the near future (It’s best to wait for it). On that note, there’s a Vuetify 3 beta version for testing purposes (not production), which will be used to illustrate how to install the Vuetify plugin with CLI.

To install the Vuetify plugin via the CLI, browse to the project directory and issue the add command as follows:

This alters all of the files that the Vuetify plugin will touch after being installed into your Vue applications. Some plugins have additional prompts that guide you through installing them.

Installing Dependencies with GUI and CLI

The third symbol in the sidebar of the project dashboard represents dependencies. The Vue and core requirements are in the main part. The dev dependencies include the template compiler, ESLint dev dependencies, and many other things.

To enable the use of bootstrap classes in your project, you must first install the bootstrap dependency. To do this, click the “Install Dependency” button, then type "bootstrap" into the search bar, and then click “Install.” After a brief delay, you’ll be informed of the new installation.

You must enter the project directory and execute the “install” command as follows to install the bootstrap dependency directly using the CLI:

Create a new file called helloworld.vue in a folder of your choice. Copy the following code into the file and then save it:

With this command, you can run it on the dev server:

This launches a Vue single component on your localhost in the same way that a whole project would.

To give developers additional control and flexibility when creating custom components that allow two-way data binding, the v-model directive has been updated in Vue 3.

Custom inputs that work with v-model can also be made using custom events.

Keep in mind that

has the same effect as

On a component, the v-model instead accomplishes the following:

However, for this to function properly, the input inside the component must:

This is how it works:

Now, this component should operate flawlessly with the v-model:

Although we made every effort to have the migration build behave as closely as possible to Vue 2, there are some restrictions that can preclude your app from being eligible for upgrading:

The framework in Vue 3 was completely redesigned. It has some ground-breaking features for creating large-scale corporate software, along with improved TypeScript support, better tree-shaking, lower size and increased speed.

In the migration process, it had previously been easy to switch from node-sass, which has been depreciated to sass, as we mentioned. Since sass-loader v10 requires Webpack 5, which is a migration for another day, we were unable to get past that version.