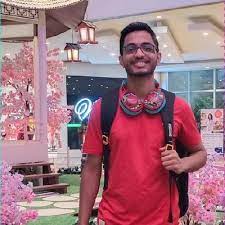 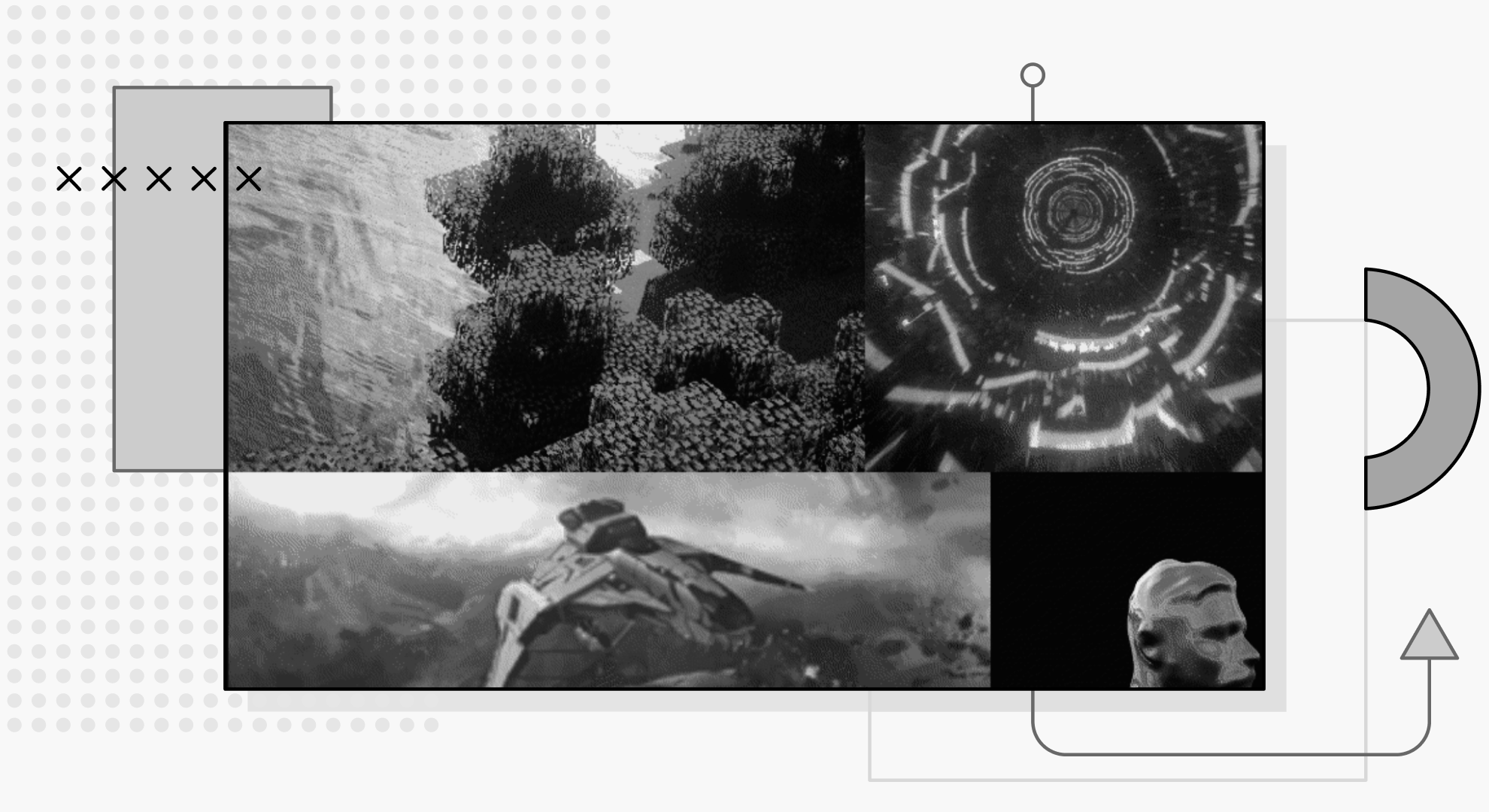 Have you ever played a video game or watched a movie and been so blown away that you heard yourself saying, “WOW! I wonder how they did this?”

Most of the time, these rich visuals are created using a combination of shaders. Take a look at the visuals above, where shaders play a critical role. In this article, you’ll learn about a specific type of shader called a Fragment Shader and how to use it in your Flutter application. Outside of specifically discussing Fragment Shaders, I’ll touch on many other things including giving you some basic background on shaders for those who may not be as familiar.

With that, let’s get started!

These instructions run for every pixel in parallel; thus, shaders require quite a lot of computational resources to run smoothly. It is also important to note that shaders run on your GPU (Graphical Processing Unit), which is specially made for handling tasks like manipulating pixels and images. Because of this, shaders are extremely fast.

How to Write GLSL Shaders

There are multiple languages you can use to write shaders, including GLSL (OpenGL Shading Language), SKSL (Skia’s Shading Language) and MetalSL (used by Apple devices), among others. If you’re familiar with languages like Dart or C, you should be able to pick up these languages fairly quickly. For the sake of this tutorial, I’ll stick to one language, GLSL.

For a gentle introduction to shaders using GLSL, we will be coding a simple example of a shader that outputs a beautiful gradient displayed above.

Let’s go over the code step-by-step :

If you want to learn more about shaders and how to write them in detail, check out The Book of Shaders.

With the release of Flutter 3.0, initial support for creating custom shaders was moved to stable. Therefore, it’s important to make sure you’re running the latest version.

You can upgrade to the latest version by running the following:

If you’ve been around Flutter for a while, you may already know that Skia is the Flutter rendering engine that is used for rendering UI and SKSL is the shading language of Skia.

Flutter supports creating custom shaders through the SPIR-V Dart API that was moved to stable in the release of Flutter 3.0. SPIR-V is an intermediary language designed to act as a bridge between different shading languages in order to make it easier to port shaders from one language to another.

To use custom shaders in Flutter, you convert your GLSL code to SPIR-V binaries. (Check out how to do so here.) Once you have the binaries, you need to use the FragmentProgram from the SPIR-V library, which helps to compile the SPIR-V binary to SKSL and to create a shader from it. However, this manual process is quite time-consuming and not that intuitive if you’d like to get started quickly with shaders in Flutter.

To make things easier, we’ll be taking a look at a tool that will automate this process and generate the SPIR-V binaries from our GLSL code, as well as provide an intuitive API for using those shaders in Flutter.

Support for writing custom shaders in Flutter is a work in progress and not yet marked for production.

To make your life a little easier, there’s an amazing tool from the community called Umbra that handles shaders compilation and creation for Flutter.

The Umbra CLI takes care of the compilation of GLSL to SPIR-V and generates the Dart API. The API handles the compilation of SPIR-V to SKSL and provides intuitive strongly typed language support for using your shader. It also adds some abstraction on top of your GLSL code which helps you focus on writing your shader code. It also adds the necessary raw GLSL code before it compiles the shader. You’ll learn about the abstraction Umbra adds in the next section.

This might take a while, so sit back and relax a bit!

Creating Your First Shader in Flutter

You’ll learn how to add this cool shader which kind of resembles the waves in water, but a bit fancier. To create it, follow these steps:

1. Add the umbra_flutter package in your pubspec.yaml

Or add it with the CLI by running:

2. Create a new shader project through Umbra CLI by running

This will generate a GLSL file at the root of your project where you can add your GLSL code.

3. Add the following GLSL code to the hello_world.glsl file

As you can see, some of the configurations we saw in the earlier example of the GLSL code are abstracted by Umbra.

We also added another input called u_time, which represents the time since we started. It’s crucial when you want to animate your shader with respect to time.

4. Create a folder named shaders in your lib folder. Now, run the following command, which takes the path of the GLSL shader file and the output location:

This generates the Dart files and the SPIR-V binaries at the given output location for your shader.

5. Create a my_shader.dart file somewhere in your lib folder. Add the following code within that file and import your HelloWorld shader in this file:

What you’re doing here, in short, is compiling your shader. As the process is async, you use FutureBuilder to load it. Once it’s compiled, you then use the .shader() method on your UmbraShader object and pass it the required inputs.

The resolution is the size you want for your shader, and the uTime is the delta (time since we started). delta is calculated with the help of Ticker. Ticker triggers a callback for every frame that increments the delta by 1/60 ms.

Finally, you pass the created shader to the CustomPainter to paint.

If you’re going to create shaders often, I would recommend saving the above code snippet in Pieces and later updating the Shader type and inputs.

Now that you’ve built everything, run it! Your results will end up looking like what is displayed below.

Awesome! You just created your first shader in Flutter! Isn’t that exciting?

The source code for the project can be found here.

Limitations of Shaders in Flutter

There are a few limitations and constraints when writing your GLSL code for Flutter. Some of the limitations are from Skia and some are related to the current integration of shaders in Flutter itself.

The following are some of the specific limitations of the SPIR-V library:

These are some of the limitations/rules mentioned in the SPIR-V library that you have to adhere to while writing your GLSL code. Some of these rules are handled by Umbra while generating the raw GLSL code, but for some of them, you should be on the lookout.

In addition, note that there isn’t Flutter web support for shaders at this point. These limitations will likely go away in future versions of the library.

The initial release for supporting shaders paves the way for some creative coding and unlocks new and never-before-seen experiences in Flutter.

While I researched shaders in Flutter, I found some interesting features on the Flutter GitHub that may land in the near future. Some of them add support for compiling your GLSL shaders to SPIR-V through the Flutter CLI. There are even proposals that would make it possible to create custom shaders and ColorFilters with SKSL, which could be extremely useful for image/video editing apps and games in general.

If you are interested in staying up-to-date on new developments in shaders or reading more technical articles like this, be sure to subscribe to the Pieces blog to get updates on weekly articles and check out Pieces, the fastest, smartest AI Assistant for code snippets and screenshots.

An Easier Way to Save Your Flutter Snippets

When developing Flutter applications, you may have tons of widgets you save that you want to reuse later, but you just do not have them in a safe place where you can access them. There also may be the scenario where you are combing through Flutter and Dart documentation, and you want to save examples that come in handy when implementing a new feature or figuring out which widget to use for different circumstances.

Pieces helps you save all your useful code snippets efficiently through a desktop application and integrations. Using Pieces, you can save any code snippets from StackOverflow with the click of a button using the chrome extension, have your code autosaved from locally-hosted ML algorithms that recognize your code patterns, auto-classify snippets by language, share code with others using generated links, and more! The Pieces’ suite is continuously being developed, and there’s some groundbreaking stuff that is being put together to share, reuse, and save code snippets.