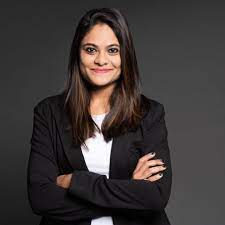 IntelliJ IDEA is an integrated development environment (IDE) that’s widely used across the tech industry. It was created in 2001 by JetBrains for software developers. The JetBrains Marketplace has a variety of plug-ins available for IntelliJ to help developers with different tasks. These plug-ins ensure increased productivity and support for various frameworks and languages.

Modern developers are looking for an IDE that increases usability and supports diverse plug-ins. IntelliJ comes bundled with many plug-ins, such as Maven Helper, Gradle, and Docker, but it also supports tons of other plug-ins that work seamlessly. So, there is no shortage of choices for plug-ins when it comes to IntelliJ. In this article, you’ll learn about the best IntelliJ plug-ins for various common developer tasks.

Why Use IntelliJ Plug-Ins

A plug-in is an extension or an add-on provided by a marketplace that helps developers add features to an existing program. There are many benefits to using plug-ins, especially when it comes to writing and maintaining code. With IntelliJ being widely used, the plug-ins available on the JetBrains Marketplace are extensive and a wide variety of options are available.

There are different types of IntelliJ plug-ins that can be useful for developers:

Here are a few reasons why programmers prefer IntelliJ plug-ins:

Less time to write code: While there are many purposes to plug-ins, most aim to reduce the time taken to write code. A developer can manage huge projects without having to manually go through every block of code. For example, some plug-ins make it easier to search within your code.

Coding assistance through auto-completion: Some plug-ins make suggestions on what comes next based on the programming language that is being used, among other factors, which programmers can find very helpful. In fact, some AI-based plug-ins for IntelliJ learn the developer’s way of writing code and make suggestions accordingly. This helps the developer to complete tasks faster.

Debugging assistance: Some plug-ins help with debugging, which improves the overall quality of your project and helps to reduce the time taken to fix any errors.

Easier code analysis: Plug-ins can reduce code complexity, which makes analyzing code much easier. Unit testing, for example, can be simplified by analyzing code coverage with plug-ins like SonarQube.

Accessible management of code snippets: Some of the latest plug-ins have made it easier to manage code snippets, so you can spend less time finding, re-typing or re-searching for code.

The Best IntelliJ Plug-Ins on the Market

While there’s a wide variety of plug-ins that can be used by developers, this article lists some of the best plug-ins that are supported by IntelliJ. These plug-ins were chosen based on ease of use, authentic reviews by developers, support for various languages and frameworks, and number of downloads.

Plug-ins like Maven Helper, GitToolBox, and WakaTime, for example, were chosen for their ease of use, while plug-ins like Tabnine, Pieces, AWS ToolKit, and the others were selected based on reviews, community support, and advanced capabilities. Most importantly, they were personally tried and tested.

Maven Helper, by Vojtch Krassa, is used for debugging and maintaining projects with many modules. Developers are often faced with conflicts and dependencies that are difficult to manage as the project size and the code repo increases. This plug-in provides easy options to navigate dependencies in code and eliminate conflicts.

Maven Helper consists of actions that can run and debug Maven goals, open a terminal to the current module path, and run and debug test files. It’s one of the most popular plug-ins in the tech industry and is very easy to use. For instance, with the click of a button you can predefine and run Maven goals.

Tabnine is an AI-powered code completion plug-in that helps developers with autocompletion. It’s powered by machine learning tools that predict the code and amplify its accuracy. Irrespective of a programmer’s development experience, Tabnine’s AI Assistant will boost productivity by suggesting team-tailored code.

The AI Assistant learns coding patterns, suggests best practices, and adjusts to each new coding style in your team. It saves a lot of time on coding as it also supports many languages and frameworks, including Java, JavaScript, Python, Perl, React, Angular, Kotlin, SQL, Swift, Ruby, and many more.

Adding real-time information to running applications is a hassle that many developers face. Lightrun helps address this problem by providing a suite of tools to incorporate snapshots, metrics, and code-level logs.

This plug-in can prove useful when deploying applications to production environments. The biggest benefit of using it is that it reduces the time spent on debugging. Being able to view logs in real time and evaluating expressions without the need to redeploy or recompile is beneficial to everyone on the dev team.

Experienced developers and newbies alike can find themselves saving snippets of code and reusing them. Pieces helps you save important code snippets with just one click. It avoids using a clipboard and allows the developer to capture important context about the snippet as well. This plug-in also creates a well-defined index of saved code snippets and enables faster search, thereby improving productivity.

Pieces is one of the fastest and smartest AI assistants for code snippets and screenshots. This plug-in can run locally on the developer’s machine or connect to the cloud for sync and backup. Pieces auto-classifies the snippet by the language used to code. It can automatically generate tags based on the content of the snippet that’s been saved.

Every developer has faced the pain point of missing closing brackets, leading to hassle and confusion. Rainbow Brackets is a plug-in that makes identifying bracket pairs easier by color-coding them. It tracks and assigns each bracket a different color so the developer cannot get lost in the scope and can identify the end of a code block.

On the JetBrains blog, WakaTime has been called a fitness tracker but for code, as it displays key metrics and insights for developers. This useful plug-in boosts the productivity of the entire team with metrics. The dashboard charts and graphs are automatically generated from the coding activity of the programmers from IntelliJ.

GitToolBox is another plug-in popular with developers. It integrates Git versioning into the IDE and allows seamless ability to fetch, commit, add annotations, display notifications of how behind the current branch or code is, and so much more.

GitToolBox also provides a gitmoji compilation in the commit dialog, the cleanup of outdated branches, and a branch switcher, all through the IDE. The status bar widget consists of detailed information and actions regarding the status of the current branch. It has over one million downloads on the JetBrains Marketplace.

SonarLint is used to improve the quality of the code that is being written. It finds vulnerabilities and bad usages in code, and helps developers clean their code before committing it by providing recommendations and quick fixes. This plug-in integrates with most IDEs and supports many languages like C, C++, Java, JavaScript, TypeScript, Python, and many others.

If your team uses SonarQube or SonarCloud, then SonarLint can be synced to match code to the same ruleset. It’s also known to find security-related issues and bugs and styling issues.

The CodeGlance plug-in embeds a mini map into the editor pane with similar functionality to the one found in the well-known Sublime text editor. It helps developers glance through a file and click a specific section or a piece of code. This takes the developers right to that position in the file. CodeGlance works perfectly with both light and dark themes in IntelliJ IDE. It uses customized colors for highlighting the syntax.

With so many options in the marketplace, choosing plug-ins tailored to your needs and projects can be a daunting process. This list of tools on the JetBrains Marketplace should help you select the right plug-in for your organization or team. IntelliJ plug-ins should help make coding easier and less time consuming. They should also maximize productivity and enhance the coding experience, as well as collaboration within your team.