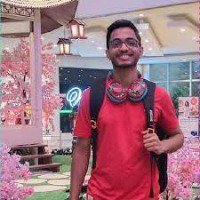 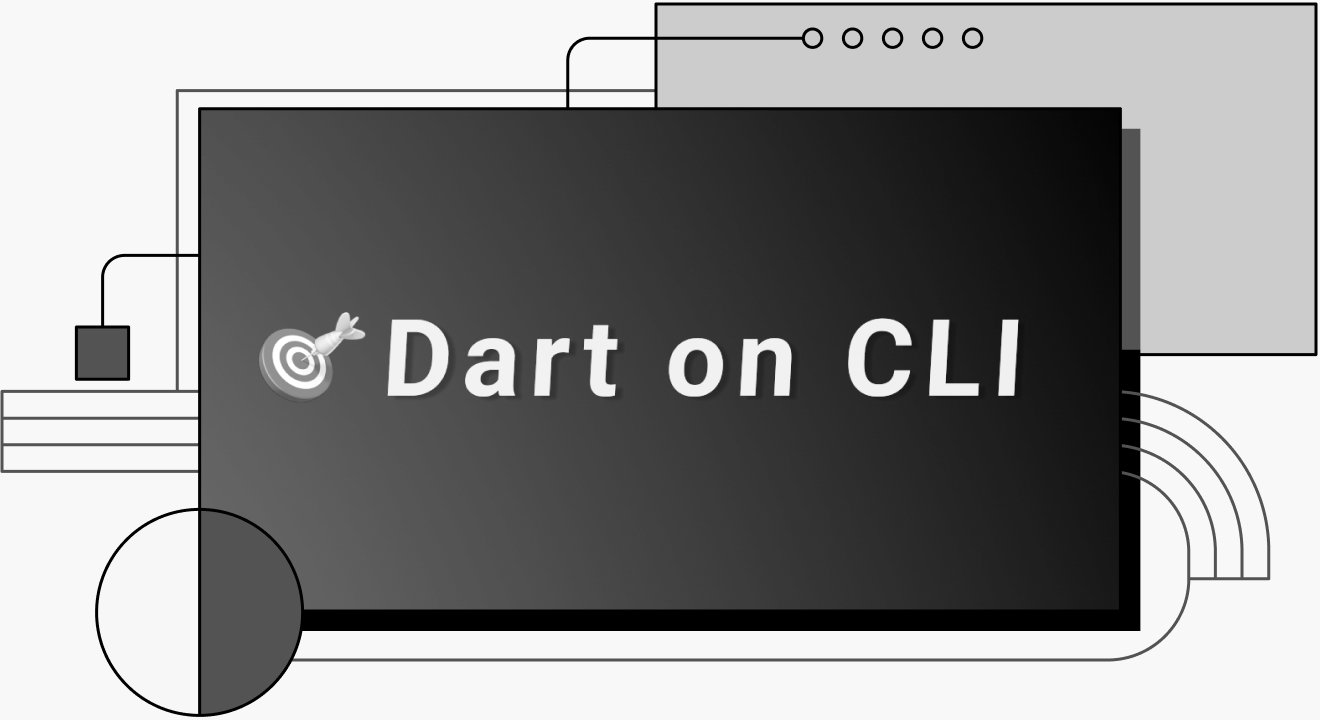 Some of the most interesting forms of software are Command Line Interface (CLI) tools. These are tools that directly run in the terminal— the most known space for developers. Many fear them, but you’ve got to embrace the full power of the terminal by using CLI tools.

With their minimal interface, CLI tools get things done faster due to their familiarity and quick access. Many tooling systems on your machine or in your development workflow include some sort of CLI tool.

In this series of articles about Dart on CLI, you’ll learn how to build CLI apps in Dart.

In this article, some of the things you’ll learn are:

You’ll need the Dart SDK to be installed on your system. You can follow the steps mentioned here to install the Dart SDK.

We’ll be using VS Code to work on our CLI application. However, the IDE you use doesn’t affect what you’ll learn in this article. Feel free to work in any IDE where you feel comfortable.

This will create a Dart CLI project in the respective directory.

You can run your Dart CLI application with the following command:

Here, -t defines the template for the Dart project. Dart has several templates you can use to work on CLI, web or server-side projects. Read more here.

Save the above commands

Three of the most important things in our project structure are the bin and lib directories along with the pubspec.yaml file.

Within the bin/dart_cli.dart file, you’ll see that the main function accepts a list of strings called arguments. These are inputs provided to CLI applications that you can use to know what to do.

Arguments are broken down into the following major types relevant to this tutorial:

For example, take a look at the following command, which creates the Dart project with some additional arguments added:

Now that we are clear on the different types of arguments we can expect in our CLI application, let’s see how we can handle those arguments within the code.

You’ll see that within our main method, the arguments are provided as a list of strings. Working with them this way would be inefficient and unmanageable. Therefore, what we’ll do is parse the list of arguments into something that’s more approachable and friendlier to use.

We’ll be using the args package, which helps us define parsers for the raw command line arguments. You can add it to your project by running the following command:

This will add the args dependency in your pubspec file. We used the Darts package manager pub to add this dependency.

Now, take a look at the code below:

There are two important pieces of information here, the ArgParser and the ArgResults:

The dart:io library provides us with different streams through which we can manage input/output events. Let’s take a look at them below.

The stdout from dart:io provides the standard output stream. This stream can be used to log outputs to the terminal, like below:

This will output "Hello World" and is a non-blocking operation. This means any other i/o operations will not be blocked from executing while this is running.

The stdin provides the standard input stream, which we can read/listen to get the input from the terminal, like the following:

Here, readLineSync() listens to the input from the standard stream. This is a blocking operation, and until input is received and the user presses return, other i/o events are blocked.

Alternatively, if you want a non-blocking input read, then you can use the .pipe() method:

This method is non-blocking and async. It takes in another stream consumer like stdout, which consumes the events from the stdin stream without blocking the output stream.

It’s not uncommon to come across errors in your applications and catch them, or to explicitly throw errors if things don’t add up.

The dart:io library also provides a standard error stream that logs the errors to the console:

This will log out the given error. Also, this operation is non-blocking.

Your application may throw exceptions at runtime. You should handle these exceptions when they occur, and provide the proper message to the user to tell them what went wrong. Exceptions can be easily caught with a try/catch block.

Here, we used a try/catch block to catch any exceptions that might be thrown during the parsing of arguments. Also, we are defining a catch block that will only catch the exceptions of type ArgParserException. This makes it easier to work with different types of exceptions individually and provide outputs that are more helpful for those kinds of exceptions.

The last catch block will catch all other exceptions aside from the ArgParserException type, and provide a general message with the error thrown to the user.

Exit codes are a small number that shows the success, failure or any other state of the program to the system that called it. Within Dart, there are pre-defined exit codes appropriate for certain conditions.

The dart:io library defines a top-level property called exitCode, which you can change to set the exit code for the running program:

Setting up a new exitCode doesn’t terminate the program. The program will continue to execute until it’s complete or an error occurs.

Along with the exitCode, there is also a top-level method exit(exit_code), which sets the exitCode to the given code and terminates the program immediately.

As with any other type of application, when working with a CLI, you may need to access files on a user's system for either reading or writing purposes. The dart:io library provides ways to access files on the system. Here’s how you can do that:

The File object is part of dart:io and has utility methods that you can use for reading/writing to a file at the given path.

Here, you’re reading from a file named notes.txt within the bin folder, as shown below:

The file is read as lines, and then you log each line to the output.

Writing to a File

You can see that here we have defined some new notes. We are writing them to a notes file by using .writeAsStringSync. Before writing to the file, we joined the existing notes with \\n line delimiters because each note will be written on a new line.

Next, set the FileMode.append, which will add the new content to the end of the file. You can set it to .write if you want to override the existing content of the file.

File has many other utility methods that you may find useful. Some of the most common ones are shown below:

Oftentimes, CLI applications can have a less appealing visual experience as coloring the output text, adding a colorful background to text and changing how users can interact with the app is challenging. This is definitely not an easy task; there are a lot of factors that go into getting this right.

Next, we’ll take a look at a logger package that makes it easier for us to style our CLI.

We can use Mason logger to log stylized and more interactive outputs to the terminal.

To use it, add it as a dependency in your pubspec.yaml, or just run the following command that will add it for you:

Mason provides us with a range of different output levels like info, warning, error, success, etc. It also allows us to add a background color to text, as in the example below.

Mason can not only help with styling output, but also with implementing more common types of interactive outputs with rich experiences like below:

Once you’re done with your app, it’s time to compile it so you can distribute it to stores, or anywhere else you like.

While in the dev process, the application runs on top of Dart VM, which is optimized for faster performance and execution times.

For production, you can use the Dart compiler. This offers AOT compilation to compile the program to native machine code:

This will generate the application executable in your bin folder.

Cross-compilation support for Dart CLI is being worked on. You can follow its progress here.

Another interesting fact about the executables is that they can be run without installing Dart SDK on the system they’re running on. This is because the executables are self-contained with everything needed to run properly.

Besides building the executable, you can also directly install the CLI app through pub. However, before this step, make sure you’ve mentioned the executables in your pubspec.yaml, which you’ll want to activate:

To add the executable, you’ll need to provide a key-value pair. If the value is not provided, then it’s inferred from the key.

Then, run the following command to activate values globally:

This will globally activate the CLI application by installing the executable on your system.

You can run the application from anywhere on your system like so:

So, you took a leap of faith in learning to build CLI apps with Dart. You learned the basics of i/o, working with files, HTTP requests and more in Dart. Along with this, you also looked into how to compile and install CLI apps to use them on your system.

Working with Dart on CLI applications is really amazing. The pace at which it’s evolving is astonishing to me. I’ve never grown so fond of a language that makes building CLI tools so easy. There are a lot of interesting things that you can do with Dart right now. You can learn more about them here.

Going forward in this series, we’ll explore building casual/utility CLI apps with Dart and maybe some CLI games! 👀 Who knows? 🤫

Make sure you subscribe to the blog to get updated when the next article drops for this series. 💙

Have an amazing day and see you later :)